Even the Kindle or the Ipad will be overcome, just as it happened for videocassette floppy disk or DVD. The card has lasted for centuries and will continue to show off on bookstores, but we will have to adapt to new formats continuously. Maybe one day we will project texts in the air by pressing a button on the phone, like the holograms of science fiction movies.

Children who today download applications, music and games from the internet and at school work on interactive whiteboards do not even pose the problem because for them technology is never an opponent.

One of the biggest differences I try to explain to my children when I talk to them about “my times” is that before their birth, almost nothing was instantaneous. Today, however, everything becomes “social”. You video game live with other people in different countries, you chat, tweet, make friends in Facebook. 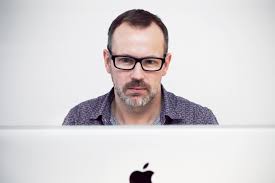